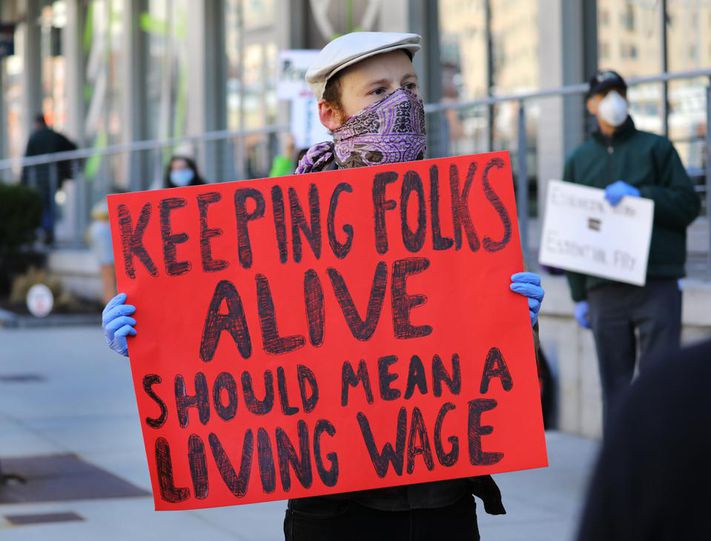 The HDLC will be continuing its work this year to ensure EVERY Hamilton worker INCLUDING STUDENTS receives at least a living wage of $16.45/hr.

Many Councillors think student jobs are just for "beer money" and that it's "socialist" to have students valued for their work. We disagree. Living Wage is a poverty line wage; minimum wage is below poverty.

Sister Kasey Waddell (OPSEU 240) has created an anonymous survey to gather information on the differing conditions students live in and how them making an extra couple of bucks an hour can often make a big difference to them and their families. Some students are living at home, but some have children, rents, car payments, and every other expense non-students have.

Under the current system an 18 year old, non-returning student, who works for the City of Hamilton could be getting paid above living wage as part of their employment, while a 25 year old returning student with children would be making well below.

If you are a student who believes a living wage is important for all student work (at the City or not) please fill out the short survey.

If you are not a student, but know someone in college or university who you know believes in living wage, please share the link with them.

You can find the survey at: hdlc.ca/studentsurvey.